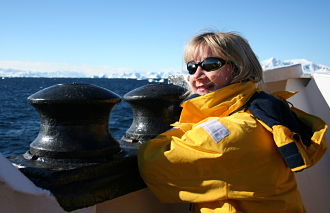 Our first briefing is in the ship’s bar. I take this as a good sign and get myself a beer. Imagine my delight to discover Jeff Rubin is onboard, author of the Lonely Planet Guide to Antarctica which I clutch in my sticky hand (the heating in the bar area must be on full bore – I am way too hot). He’s also Antarctic editor for the Polar Times and lives in the USA. Luke Saffigna speaks passionately about Antarctica and will be guiding us through rocks and ice. I learn later that this Melbourne-based Australian has been to Antarctica over 30 times! A British man, Jamie Watts, is a marine biologist. Hisspecialityis krill, the tiny shrimp-like creatures that feed so many of Antarctica’s wildlife. There is an ornithologist who is French, a Swedish expedition leader, an American kayaker, an American doctor and Swedish girls run the bar and the housekeeping. It’s like the United Nations! I love it.

We all have to wear canary-yellow, wind-proof, water-proof parkas, with a warm navy blue fleece lining. It is really important to be easily seen in Antarctica: if you get lost or caught in a snow storm, you don’t want to be wearing white or grey or brown. If you fall overboard, then God help you. Bright, yes, but even with a life jacket, it would take the ship a long time to turn around. Too long. The on-board doctor told me that if the waves don’t drown you, then the cold would paralyse your muscles after only a few minutes. I made a mental note not to fall overboard.

Next, lifeboat drill, which is taken very seriously. I’m keen to check there are enough lifeboats: I do not wish to find myself in a Titanic situation and have to fight my way into too few boats. After seven short siren blasts, followed by one long one, we all don our full outdoor gear, then the bulky orange life jackets and get into one of two lifeboats. In all my layers I am bloated like a Michelin man, barely able to walk. More like waddle. I am relieved that nobody is charging at me in panic, arms flailing and hurling themselves at the boats. I am relieved to discover that two lifeboats are enough for everyone onboard. We are crammed into them like sardines in a red tin, and then are sealed in. I am with the Russian chief mate who peers short-sightedly at the instructions, which he reads out with such a strong accent that I cannot understand a word. Apparently he is explaining where the food was stashed and how to start the engine. He jokes about trying not to vomit. I try not to think about spending days at sea in a sardine tin, with other people’s vomit, and very likely, my own.

We leave the lifeboats, I dump my gear in my cabin and I return on deck to stare at the open waters ahead of us. We are crossing one of the roughest stretches of seas in the world – the Drake Passage. At the moment the  waves rock the ship gently. But not for long. The adventure begins.

Interesting info: About 200 million years ago, Antarctica was joined to Australia, along with New Zealand, South America, Africa and India, as one supercontinent called Gondwana. 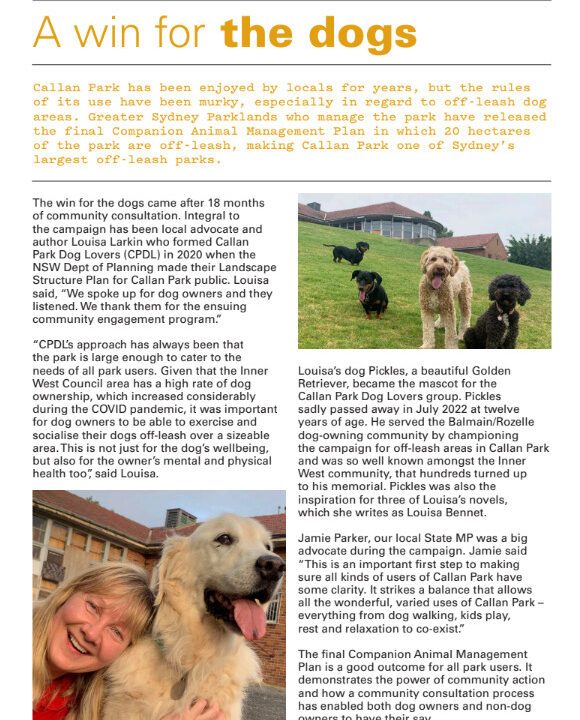