Welcome to my blog, Larkin’s Latest. News on thriller authors and great books to read, the writing process and festivals, incredible people I interview and exciting story locations, courses I run, and things that make me laugh! 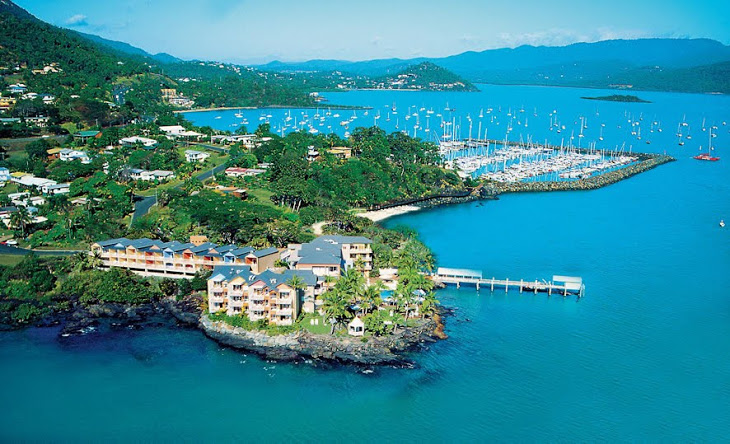 I am so excited to be a part of the Whitsunday Writers’ Festival 2013, which kicks off on Friday 12th July with my one day thriller writing workshop. So if you have ever wanted to try your hand at thriller writing and would like to enjoy a well- deserved long weekend away in the sunny and beautiful Whitsundays, then sign up by following this link .

My workshop will be a hyper-intensive and fun class in the dynamic art of thriller writing. I will reveal techniques for choosing your story, developing plot, writing your critically important opening paragraph, creating pace and suspense, and bringing your characters to life, as well as share tips on getting published. I’m sure there will be a cocktail or two afterwards!

The festival director, Gloria Burley, has invited fascinating writers to the festival, including  Dr. Tony Ayling, who has written about a dozen books on marine biology and will give an update on the Great Barrier Reef. Dr Anita Heiss is a member of the Wiradjuri nation of central New South Wales and is one of Australia’s most prolific and well-known authors of Aboriginal literature. She’s also up for Australian of the Year Award! You go, girl!

Joyce Morgan has been a journalist for more than three decades and Conrad Walters has worked in the media for more than thirty years in the United States, where he won awards for investigative journalism. So if you would like to know more about writing fiction, non-fiction or features and news stories, you’ll find authors ready and able to help you

Why not join us in paradise? 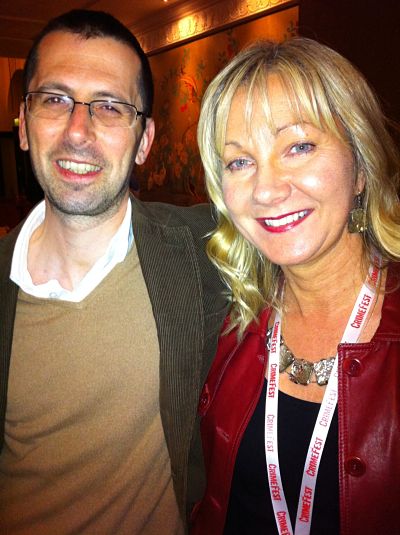 Jeremy Duns and I sat in the bar very late talking about thrillers, how we write them and what inspires us. Yes, this photo is at 2am, as you can probably tell!

One of the many great things about writers’ festivals like CrimeFest is the chance to engage with other authors who are equally passionate about thrillers.

There was a fair representation from the southern hemisphere at CrimeFest 2013.

One such is New Zealander Paul Cleeve – the photo was taken on the morning after a big night, so no surprise we are slouched on the sofa.

Another Antipodean, although she has lived in Scotland many years, is the lovely Helen FitzGerald. Knowing that Helen is far from home, I asked her if she wanted me to bring anything from Oz for her. I thought she might ask for Vegemite or perhaps some TimTams (like the UK’s Penguin biscuits). But no. She wanted those delicioulsy naughtly Cheezels. So I pack of box of Cheezels, survive interrogation from UK Customs and deliver them to her, slightly battered and dented, at CrimeFest in Bristol. Here is a link to her post announcing I am now her FAVOURITE AUTHOR! https://twitter.com/FitzHelen/status/340755899528404992/photo/1

And it’s all because of the Cheezels! Has nothing at all to do with my thrillers. If only I’d realised before now that the road to author stardom is bribing people with yummy nibbles! 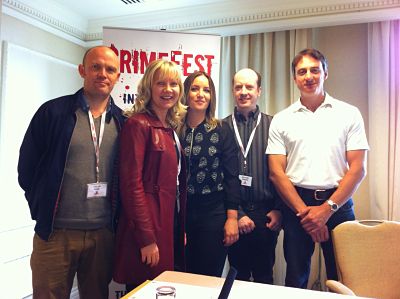 CrimeFest 2013 was a blast. Not only because I met so many wonderful crime fiction and thriller reading enthusiasts, but because I got to chat to so many awesomely talented thriller authors.

Meet my fellow panelists on the Is It Rocket Science? gig: Dean Crwford, Richrad Parker and Alex Blackmore, chaired by the hilarious Emlyn Rees of Exhibit A books.

I met the prolific Jeffery Deaver.

He was rightfully proud that his novels are commercial fiction. It was fascinating to hear him talk about how he “outlines” his stories in considerable detail before he writes. That age old question: are you a plotter or a “pantser”? I fall somewhere between the two. I develop my central characters fully before I write the story. I plot the key stages of the novel. I know how it will begin, and broadly how it will end. But then I let the characters take over and go off on their own adventure. Sometimes the end of my thriller will change because of this, and because it has evolved organically, the ending is all the more powerful.

Zoe Sharp is a kick-arse action-adventure thriller author who loves nothing better than spending time on a rifle range. It was great to meet another female author who loves writing high-pace, big action high-concept thrillers as much as I do. This photo was taken after the CrimeFest Gala Dinner. Two dangerous blondes!

He claims he’s not an agent at all, but MI6 did approach him once about becoming a spy and nothing came of it. I don’t believe him! That’s far too neat. He is certainly a great author and a secret agent! I mean, if he has to disappear for a while, he can always claim he’s on a book tour! In this photo, Charles is on the right, and we are with the charming William Sutton, whose new book Lawless and the Devil of Euston Square is about to be released. Good luck, Will!

crimes against humanity in fiction – a talk for national law week

I am honoured to be supporting Australian National Law Week, the aim of which is to raise awareness of legal services and people’s rights in the community. I have been asked by Albury City Council to speak on Tuesday 14 May 2013 at 6pm at the the Library Museum on the topic of crimes against humanity in fiction, especially crime fiction and thrillers. I will address why, in a violent world, crime fiction is so popular. In fact, crime fiction is one of the biggest selling genres of fiction worldwide.

So if you live near Albury, NSW, please join me on 14 May. I look forward to meeting you. 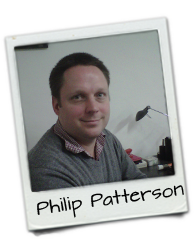 I am so excited to be part of the UK’s CrimeFest 2013, held in Bristol from 30 May to 2 June. There are so many wonderful crime fiction authors attending, I suspect I will be propping up the bar all night just to get a chance to say Hi.

Most exciting of all, I will be joined by my super-agent, Phil Patterson of Marjacq Scripts. Well, I think he’s super, anyway. Phil has been described as confessor, pimp and rottweiler to his authors, which could get very interesting! Phil, I am excited to be working with you! I feel honoured to join a long list of wonderful authors on Phil’s list, including  highly acclaimed Sunday Times No.1 best seller, Stuart MacBride; Melbourne-born Helen FitzGerald; James Follett; Katherine John; and so many more.