Please enter your details and we'll email you the first chapter

Welcome to my blog, Larkin’s Latest. News on thriller authors and great books to read, the writing process and festivals, incredible people I interview and exciting story locations, courses I run, and things that make me laugh!

I’m in St-Germain-des-Pres enjoying the fine September weather, amazing food and the quirky traditions and French style of the Parisienne. But apart from the irresistable cakes and pain au chocolat in the boulangeries – my favourite boulangerie is Paul – I’m in Paris researching the plot for my next thriller in the Olivia Wolfe series. I’ve had to veer away from the relaxing cafes and the magnificent architecture and focus on the seedier side of Paris, exploring dark alleys and crypts and parks known for their dark secrets, such as the leafy Bois de Boulogne. But it is hard not to be distracted by the vibrancy of the local people whom I love, and the opulance and extravagance of the magnificent building and art. I was at the Musee d’Orsay when I took this photo through the clock, out over the Seine, of the Lourve opposite. It’s easy to overdose on culture and fail to observe everyday life – the people who live here.

And the dogs, of course, who have a certain confident attitude, are mainly off leash, trotting along with their owners, unfazed by the traffic and the busy narrow streets. As I am also writing a new murder mystery series about a young female detective and her dog, Monty, I have watched these French dogs with great interest. In an antiques shop, with thousands of Euros worth of gold antiques, a sleepy golden retriever opens one eye to size me up, as if he is the gatekeeper and I have to pass his wealth test. I think I failed, as he closed his eye, and went back to sleep. Of course, he was right. I was just window shopping. The dogs are also very mobile, like this jack russell, who hops into a bag and happily enjoys the wind in his fur as his owner zips through the Paris streets on his moped.

And I can’t visit Paris without encountering at least one street protest. One morning I found myself drawn to loud shouting, whistles and horns outside the Palais de Justice, a stunning building, within which are the law courts.

The protest was very middle class. With my limited French, I managed to gleen that the baliffs and lawyers were protesting about the deregulation of the baliff system in France. Men and women in their long black gowns waved copies of a thick red book, The Civil Code, much like Chairman Mao waved his considerably smaller red book at his people. It’s not often you see lawyers carrying banners through the streets. Good on them for making their voices heard! The police presence was heavy and it made me smile to think that they have to keep a group of rowdy lawyers under control, outside the law courts.

As I’m standing in the crowd, listening to the speaker, I imagine a chase scene in which Wolfe darts through the protesters in a desperate attempt to escape her pursuer. 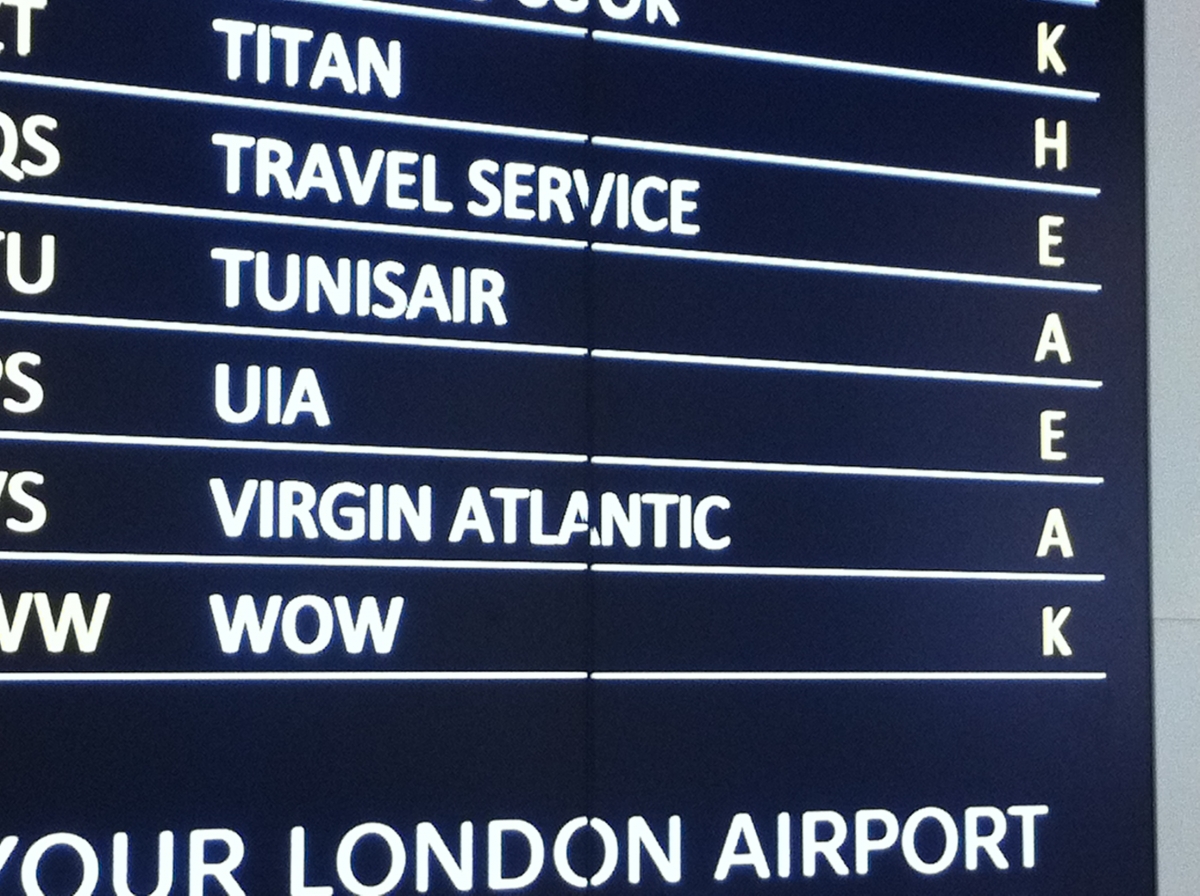 A big thank you to Gatwick Airport police

The co-operation of experts and sources is essential for a crime fiction author because it not only contributes to a story’s credibility, but it helps me create well-rounded and interesting characters, to bring locations to life through the bricks of detail, and often results in a whole new set of ideas and plot twists. I have been incredibly lucky with the help I have received from people like retired Detective Chief Superintendent David Gaylor, who met me at Gatwick airport yesterday and introduced me to a number of the airport police. The officers were very generous with their time and, after some initial trepidation about revealing security information, really got excited about the climax of my next thriller, set – you guessed it – at an airport. I don’t want to give the climax details away but I now know something about the three thousand security cameras at the airport (yes, 3000!), the firearms they use, and the dangerous security issues they have to deal with. These officers do an amazing job!

A weekend of Murder & Mayhem

Okay, fictional murder and mayhem, anyway.
I’m delighted to invite all budding crime fiction authors in Sydney to join me at my first ever combined detective fiction and thriller writing weekend course at The Australian Writers’ Centre in McMahons Point on 11 and 12 October.
The top ten living crime fiction authors have sold 450 million books and the figure just keeps rising. Even J.K. Rowling is now writing crime fiction. Do you love gritty detectives, troubled PIs and cool FBI agents, and want to write your own story? Or are you a fan of fast-paced, high stakes thrillers with a hero plunged into danger and on a seemingly impossible mission? Do you aspire to be a Michael Connelly, Lee Child, Stieg Larsson, David Baldacci, John Le Carre, John Grisham or Michael Robotham? These authors inspired me, and I hope to inspire you.
By the end of the course you will have (or else I have failed miserably!):
• notes on the different types of crime fiction and thrillers
• an understanding of the core ‘ingredients’ of a detective story and a classic thriller
• techniques to discover your story
• thought about researching your story
• worked on creating intriguing and well-rounded central characters
• learnt plotting techniques
• written an opening paragraph to your novel, hooking your reader
• done an exercise to create a sense of place in your story
• tips on writing action scenes
• tips on managing pace and building suspense
• done an exercise to discover your story’s climax
• an awareness of the publishing options available, and the market for crime fiction and thrillers today
• the opportunity to ask questions about your particular writing concerns.
• hand-outs and notes to build your confidence as an author.
Hope to see you in October!
> Read More

Antarctica is an enduring source of inspiration for writers and artists, with its bleak, alien landscapes and its utter remoteness from the developed world. This Thursday 24 July, the NSW Writers’ Centre presents the latest in our ‘Talking Writing’ series, featuring a discussion between authors who have used Antarctica as the setting for their work. The evening runs from 6:30pm-8pm and wine and cheese will be served.

We will be joined by crime writer L.A. Larkin, author of Antarctica-based thriller Thirst. She will talk about bringing words to life in an alien environment. Travel writer David McGonigal will talk about his book Antarctica – The Complete Story, as well as his more than 100 visits to the frozen continent. Also joining us will be painter, photographer, architect, and author Alasdair McGregor, who will discuss his photography and various books on Antarctica.
Members of the NSW Writers’ Centre can attend this event for free. If you would like to attend, please RSVP here. If you are not a member, you can purchase a ticket for $10 here.
> Read More

On March 24, 2014 I was busy writing an action scene for my next thriller. My central character had just witnessed the horrifying assassination of a young girl in Afghanistan, brave enough to speak out against a drug-trafficking warlord.
The phone rang and a senior editor at Reader’s Digest Australia informed me that my Antarctic thriller, Thirst, had been censored by their Chinese printers.
Thirst, published in 2012 by Murdoch Books, was part of a Reader’s Digest volume of condensed novels destined for distribution in Australia, New Zealand, Singapore, Malaysia and India. Not, I might add, in China.
China is where the books were being printed and the Chinese printers demanded that all references to Falun Gong be removed and that the word “torture”, as it related to a Falun Gong practitioner, had to be deleted. I was told the printers would accept the words “religious belief” instead of Falun Gong and “torment” instead of torture.
But, of course, these are not my words. Such changes distort my opinions and the context of my story. Through a third party commercial enterprise China was attempting to use Reader’s Digest to affect opinion on the touchy topic of Falun Gong outside its own borders by deleting it from my book.
I made the decision not to make the required edits and Thirst was dropped from the volume. The editor at Reader’s Digest sympathised with my decision and I recognised that she was caught between a rock and a hard place, with budget and time constraints.
So imagine my surprise when I read an article in The Sydney Morning Herald on April 2, 2014 by Nick Galvin in which the managing director of Reader’s Digest Australia, Walter Beyleveldt, flatly denied there had been any censorship.
I had assumed that in Australia, and other countries in which we are not arrested, tortured and imprisoned for having views that differ from our leaders, book publishers robustly resist censorship, especially extraterritorial censorship.
Is the profit motive so important (and printing in China so inexpensive) that Reader’s Digest effectively cedes editorial control to the printer?
They are not alone, of course. Bloomberg China was recently accused of repressing investigative reporting regarding corruption among the Chinese leadership for fear of damaging their business interests there.
Google suffered from years of battling China’s censorship laws and has been criticised for capitulating. But in both cases the product or the story was targeted at the Chinese market. My novel in the Reader’s Digest volume was not.
In our interconnected globalised world, in which publishers outsource to the cheapest provider, does this mean that China’s power to censor free speech, anywhere in the world, is far greater than we might imagine?
I never thought that as a fiction author I would find my work being censored. Nor, it seems, did Reader’s Digest. Their senior editor told me she only knew of it happening once before and that was for a non-fiction book by Sir Edmund Hillary that mentioned Tibet.
As a result of my experience, I now realise how important it is for writers, authors, their agents and publishers to be aware of the ramifications of printing in countries where freedom of speech is controlled. We owe it to our readers who want to know that the book they have just purchased reflects the opinion of the author and hasn’t been tampered with for political reasons.
What has happened to me demonstrates the insidious influence of globalisation and the triumph of commercial interests on freedom of speech. China is a cheap place to print, but it comes at a price.
As Tony Abbott’s trade delegation arrives in China next week I wonder if China’s human rights violations and ever-widening censorship powers will even be discussed.
As I return to writing my next novel, and think about the Afghani woman in my story who dies because she tries to tell the truth, I have to ask, what price freedom of speech?
L.A. Larkin is an Australian crime fiction and thriller author.
> Read More
Page 31 of 85« First«...1020...2930313233...405060...»Last »
Join the conversation @lalarkinauthor
Get L.A. Larkin’s latest news and images @LALarkinAuthor