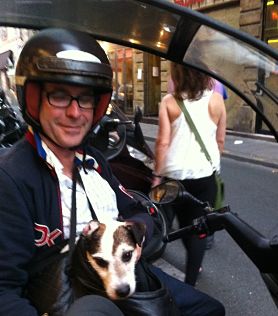 I’m in St-Germain-des-Pres enjoying the fine September weather, amazing food and the quirky traditions and French style of the Parisienne. But apart from the irresistable cakes and pain au chocolat in the boulangeries – my favourite boulangerie is Paul – I’m in Paris researching the plot for my next thriller in the Olivia Wolfe series. I’ve had to veer away from the relaxing cafes and the magnificent architecture and focus on the seedier side of Paris, exploring dark alleys and crypts and parks known for their dark secrets, such as the leafy Bois de Boulogne. But it is hard not to be distracted by the vibrancy of the local people whom I love, and the opulance and extravagance of the magnificent building and art. I was at the Musee d’Orsay when I took this photo through the clock, out over the Seine, of the Lourve opposite. It’s easy to overdose on culture and fail to observe everyday life – the people who live here.

And the dogs, of course, who have a certain confident attitude, are mainly off leash, trotting along with their owners, unfazed by the traffic and the busy narrow streets. As I am also writing a new murder mystery series about a young female detective and her dog, Monty, I have watched these French dogs with great interest. In an antiques shop, with thousands of Euros worth of gold antiques, a sleepy golden retriever opens one eye to size me up, as if he is the gatekeeper and I have to pass his wealth test. I think I failed, as he closed his eye, and went back to sleep. Of course, he was right. I was just window shopping. The dogs are also very mobile, like this jack russell, who hops into a bag and happily enjoys the wind in his fur as his owner zips through the Paris streets on his moped.

And I can’t visit Paris without encountering at least one street protest. One morning I found myself drawn to loud shouting, whistles and horns outside the Palais de Justice, a stunning building, within which are the law courts.

The protest was very middle class. With my limited French, I managed to gleen that the baliffs and lawyers were protesting about the deregulation of the baliff system in France. Men and women in their long black gowns waved copies of a thick red book, The Civil Code, much like Chairman Mao waved his considerably smaller red book at his people. It’s not often you see lawyers carrying banners through the streets. Good on them for making their voices heard! The police presence was heavy and it made me smile to think that they have to keep a group of rowdy lawyers under control, outside the law courts.

As I’m standing in the crowd, listening to the speaker, I imagine a chase scene in which Wolfe darts through the protesters in a desperate attempt to escape her pursuer. 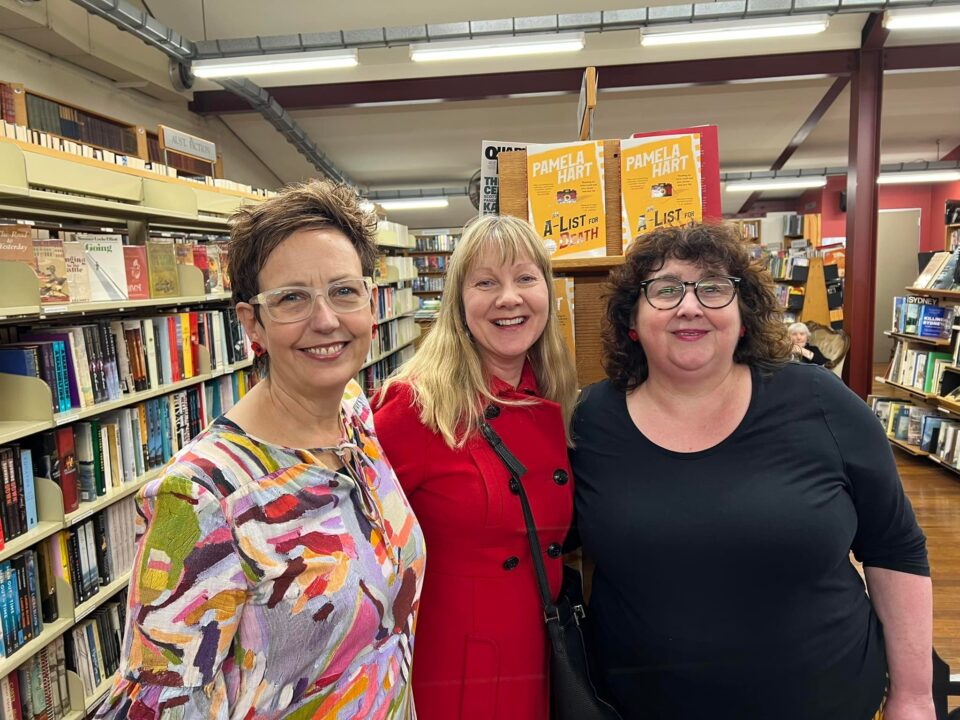